During the holidays, the team at Pacific Valley Bank likes to take time to reflect on what we are thankful for. Our list includes our friends and family, our amazing team, our wonderful customers, and, of course, our beautiful community. In addition to giving thanks, we also like to give back. 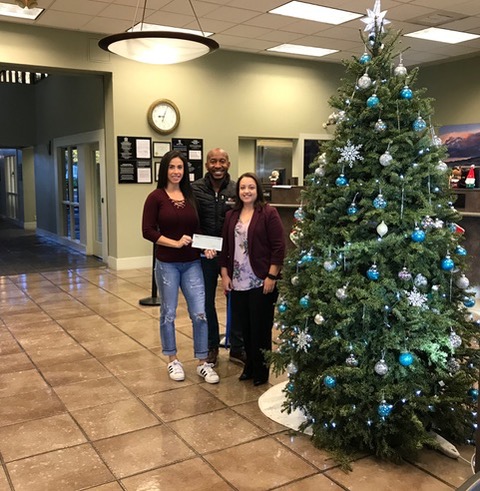 Operation Giveback was inspired by local businessman Ollie Lowe’s daughter, Praisia. When she was a young girl, her father took her to East Salinas where he grew up. He talked about how Grandmother Sharon would invite their apartment complex neighbors over and cook for them during Christmas. Then they would all walk down to the Salvation Army and receive a new jacket and a toy.

Even though they didn’t have much, they shared what they did have, while making good memories within the community. After they returned home, Praisia went to her room and brought back her piggy bank. She asked if she could buy some toys for the children who didn’t have as much as she did, and Ollie said, “Absolutely!”  They went out to buy some toys, and he also requested bins from the Salvation Army so that he could invite his friends to donate toys as well.

This was the first Operation Giveback, and it has been growing ever since. A second program, called Walk a Mile in Their Shoes, was created under the umbrella of Operation Giveback shortly thereafter. This program collects new shoes for children who cannot afford them. A new pair of shoes and a special Christmas gift can inspire hope and confidence.

The Pacific Valley Facebook campaign was a great success, resulting in $515 being donated to Operation Giveback and Walk a Mile in Their Shoes.

A special thank you to the entire community, including our staff and customers, for making this holiday season a little brighter!